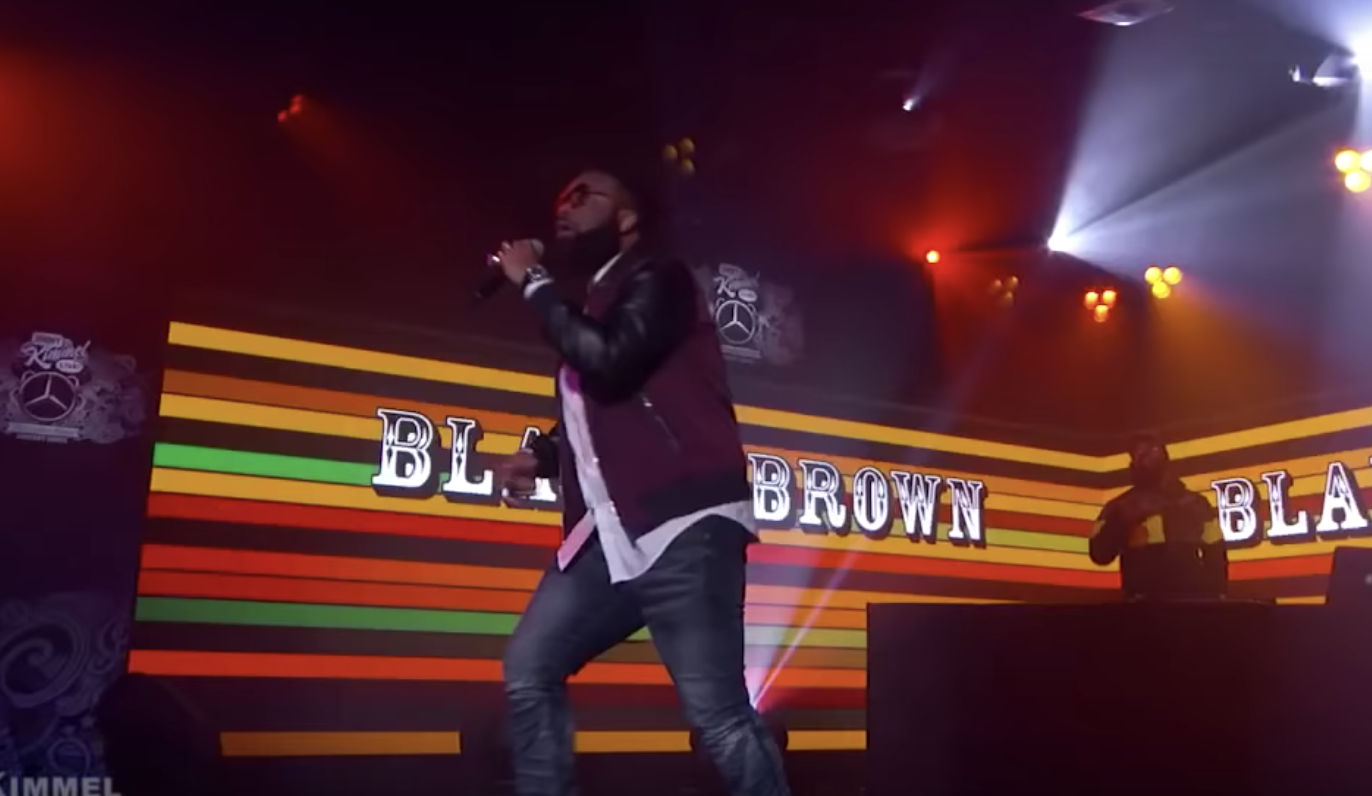 See Blanco Brown Sing ‘The Git Up’ on ‘Kimmel’

Blanco Brown made an appearance on Jimmy Kimmel Live on Wednesday, performing a medley of tunes from his new album Honeysuckle & Lightning Bugs that included the hit “The Git Up.”

Backed only by his DJ, Brown began the performance with “Funky Tonk,” a track from the new album that pits speedily picked acoustic guitar runs against Brown’s rapid-fire rhymes. “Mama always told me that if you gotta make sure/Then you better make sure/That you make the best of your mistakes,” he sings, recalling some words of encouragement and advice from when he was growing up. Mid-song, his DJ transitions to the now-familiar looped pedal steel from “The Git Up,” causing the crowd to erupt in screams of appreciation.

With the continued growth of country rap, some are beginning to ask how far is…